Interview with Author Ljiljana Matkovic in the Clondalkin Intercultural Centre

You are here:
News 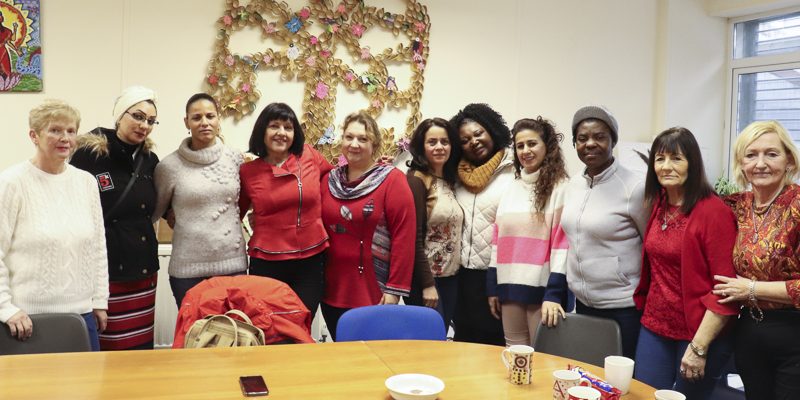 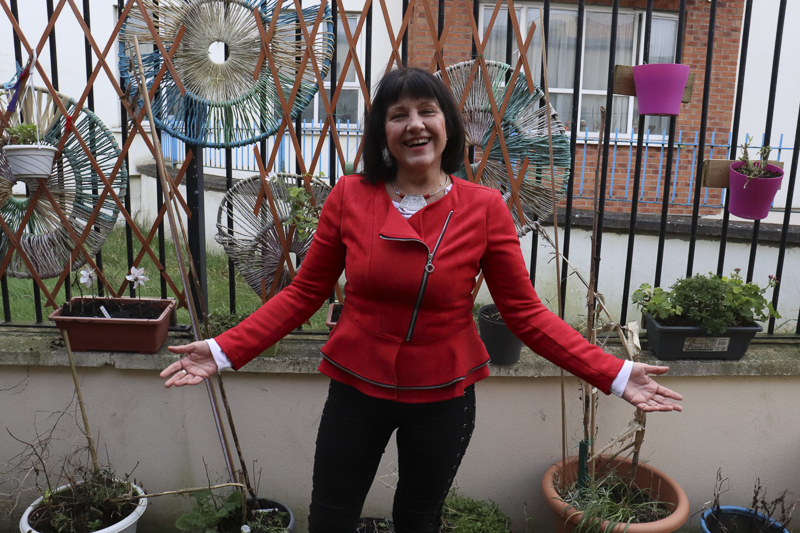 We met on a cloudy afternoon in the Clondalkin Intercultural Centre to chat about her writing, her love of Ireland and her friends in the centre. In Croatia, her life was dedicated to other people. Now in Ireland, it’s her time. Lili is an accomplished writer, a member of a vibrant woman’s art and social group and is a fountain of knowledge when it comes to Clondalkin’s history.

She told me that the tower in Clondalkin is the thinnest tower in all of Ireland. When Lili came to the centre in 2015 she didn’t have much English. She was directed to South Dublin County Partnership’s Intercultural Centre in Clondalkin where she met a group of women who encouraged her to join. She described feeling overwhelmed, confused, but immediately welcomed. After chatting for an hour, she recognized one English word; “coffee.” Carmel, a woman in the group, now a close friend of Lili’s, offered her a hot drink and her journey of speaking English began.

Lili worked in Croatia for many years before deciding she wanted to learn English to take part in what she calls “the new world.” She first traveled to Ireland in 2001 to do an introductory course in English. It wasn’t until 2015 that her and her husband decided to relocate to Ireland. Lili insists her English is poor, but I found her perfectly easy to understand and was riveted by her unique life story. She has a literary way of thinking about the world and a larger than life passion for what she does.

Lili has worked for years writing romance novels for a popular Croatian magazine and has written many books. She has written about the cultural traumas that intertwine Ireland and Croatia such as the trafficking of children from Croatia and the Magdalene Laundries in Ireland. Lili spoke affectionately about the similarities between Irish and Croatian women. “We might like different hobbies or speak different languages, but our pain and happiness is the same. We are the same.”

Her most recent book ‘Male Blood’ is about her complicated and loving relationship with her father. She tells the story of her experience in a Croatian hospital as a young child, a mysterious illness and a man who always had something up his sleeve. The book is a fascinating insight into the complexities of Croatian cultural experience and is an important part of a new wave of Irish writing telling the stories of its citizens’ heritage and rich cultural identity. An amazing occurrence is that Lili found a contact to translate her book to English through the centre. A friend Kathleen heard of Lili’s writing and supported her in setting up a meeting with the translator. Lili and the group are now actively seeking a publisher to send the book out into the world.

Lili told me there were times in her life where she didn’t have much luck. When she first came here she worried she had made a mistake. She felt, at 54, she couldn’t make new friends. Now, she feels all her good karma has returned to her ten-fold. The women’s group in the centre is a part of Lili’s routine, her social life, and her well-being. She has made lifelong friendships and can now confidently speak English. When the Clondalkin Intercultural Centre was threatened with closure, she advocated for it to remain open. The women’s group in Clondalkin Intercultural Centre provides a wonderful example of something quite profound; a group of people from many diverse cultures learning, growing and living together. The women’s group facilitates people from Croatia, Mozambique, Moldova, and Ireland meeting and building lasting friendships.

To me, this is a beautiful vision of Contemporary Ireland. In our society, it is shameful how some refugees and migrants are treated. There are many barriers for newcomers to Ireland, be it the inhumane living conditions of Direct Provision or the barriers people face in finding stable employment, housing, and comfort. In the Intercultural Centre, everyone is welcome. Lili will continue providing the world with her raw literary talent and is a role model for anyone who moved to Ireland and has a story to tell. Her bravery is inspiring and reminds us that we all have a story to tell. Intercultural initiatives play a vital role in facilitating the transition of an immigrant to a comfortable Irish citizen – what everyone seeking a home in Ireland deserves.